Economic impact of Brexit – the options

So now we know. The UK has voted to leave the European Union – and now we are left to assess the economic impact of Brexit. The decision appeared to take business leaders and politicians by surprise. Perhaps the most telling contribution to the debate that followed last month’s referendum was by the Greek Prime Minister Alexis Tsipras who expressed surprise that when there were only two possible outcomes for a decision, everyone seemed completely unprepared for one of them 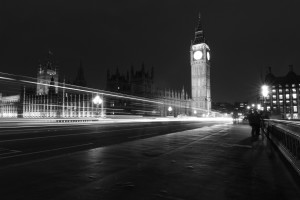 The full implications both politically and economically of the referendum result are now getting full but belated consideration. Without expressing a view as to whether the decision we took was a wise one, it is perhaps worth briefly analysing the economic impact of Brexit, which will need to be addressed by our politicians over the coming months.

A major economic case for ‘Brexit’ was that the UK could establish a raft of new trading relationships and opportunities by being outside of the EU, and that might indeed be the case. In the short term however the size of the UK in terms of both population and GDP means that it will not have the flexibility to quickly carve out a new niche. Looking purely at the potential economic impact of Brexit, it seems essential that in the immediate future we preserve as much access to the EU single market as is politically possible. As a reminder, the single market dictates that all EU members must allow free movement of goods, services, capital and people, meaning that it is as easy for a Birmingham based company to sell its products to a customer in Italy or Spain, as one in Manchester.

As a trading partner of the UK, the European Union is of huge importance. 55% of our imports are from the EU with Germany being our largest trading partner. Although the USA is the largest single country customer for exports, 47% of all our exports go to EU countries. However the real life situation is very much more complicated than a country simply making a product in one country and selling it in another. In reality much manufacturing currently depends on integrated supply chains with bits of product being made and assembled in different EU countries. These supply chains only work where movement of goods, services, capital and to some extent people can move freely and with no bureaucracy. Speaking on the BBC’s ‘The Bottom Line’ Juergen Maier, CEO of Siemens UK, who employ 14,000 people in the UK at 13 manufacturing plants, said that in the absence of continued free access to the EU single market, his Export Control Department which currently employs 30 people would need to expand rapidly which could be at the expense of investment of other revenue raising investments.

The further importance of the single market to the UK lies in the relative success of our service industries (particularly financial services). Whilst we have an estimated annual trade deficit of £139bn with the EU for goods, we enjoy a surplus of £86bn in services. There is no global trading arrangement currently available which allows for the free trade of services other than the EU single market.

An area for further consideration in assessing the economic impact of Brexit is the importance of the single market to the UK. More specifically, the degree to which inward investment by foreign companies (e.g. Nissan in Sunderland) is driven by our current position within the EU. Such inward investment makes a significant and, by international comparison, disproportionate contribution to our GDP and helps us fund an ever increasing current account deficit. In layman terms, we rely on this to continue borrowing money at competitive rates from foreign creditors.

Does all this mean that without access to the single market all exports and imports to and from Europe would cease? Absolutely not and in this respect it is worth noting that our largest export market is the United States with whom we have no special trade deal. But it is fair to assume that there would be at least some reduction in trade with EU countries and our exports of financial services would be particularly vulnerable.

So in conclusion, access to the single market on terms as close to those currently in place is important to our immediate economic prospects and the wider economic impact of Brexit. In the negotiations that lie ahead, continued free access to that market is likely to involve a reduction in the degree of sovereignty promised by those leading the Brexit campaign. Striking an acceptable balance between the economics and the politics will be a major challenge for our new prime minister in the months that lie ahead.

If you’re interested in helping your sales team overcome finance-related hurdles during the selling cycle, please get in touch with Andy on
07966 114 243 or email here.