Digital farming for the future: why it’s time to invest in driverless tractors

Hear the words ‘driverless cars’ and most people think of a not too distant future fuelled by Google, Uber or Tesla. In this world, fully automated vehicles will drive us around to whatever destination we choose and logistics companies will transport road-freight at great distances quickly and safely. While these are perfectly possible and very exciting scenarios, driverless technology has transformative potential for industries other than road vehicle transport.

In fact, The House of Lords Science and Technology Committee recently published a report urging the UK government to consider other economically important applications – such as farming. Too much focus on road vehicles could ignore lucrative opportunities in the increasingly important digital farming sector.

Goldman Sachs predicts that the market for digital farming technologies could soon represent a $240 billion opportunity for agricultural suppliers. It also predicts a $45 billion market for smaller driverless tractors. Applications in functions such as precision fertiliser, spraying, planting and irrigation could encourage many billions of further spending on advanced driverless technology. The potential for great profit is there in theory, but how cost-effective and ready for market is the technology in practice?

Driverless technology is slowly but surely becoming more affordable as the cost of technical components like sensors, cameras and radars steadily decreases. Real-world applications of digital farming are thus becoming increasingly feasible. CNH Industrial recently revealed its autonomous concept tractor which could launch as early as 2020. It has been designed to work 24/7 which would provide many farms with a significant boost in productivity. The farmer or grower could monitor and control the machine remotely using GPS and sensor technology via a mobile device like a phone or tablet.

Digital farming also encompasses smaller farm equipment such as weed pickers. In an amazing display of machine learning and engineering, these agricultural robots could eventually take care of the tedious task of weeding huge crop fields to ensure a good harvest.

Workforce of the future

The political and economic uncertainty surrounding our departure from the EU is ongoing. A likely outcome is a decline in the number of seasonal workers as freedom of movement is restricted. British farms currently hire 80,000 seasonal workers and rely on this labour to run their businesses profitably. Driverless technology can help fill the gap by replacing workers with autonomous machines and reducing the cost of labour substantially.

Digital farming could in fact cover many tasks currently performed manually. Autonomous agricultural vehicles, robots and drones could improve precision in planting, fertilising, weed-picking and irrigation as well as gather and analyse data on soil samples and climate trends. Goldman Sachs estimates that by 2050, advances in agricultural technology could increase farm yields by 70 percent.

These technological changes will require farmers and farm workers to upskill. Tractor drivers for example, will need to learn how to operate robots and manage data driven devices.

Agricultural technology is advancing rapidly and transforming how farms operate. Given current economic insecurity, farmers need to invest in digital farming sooner rather than later – if they hesitate, their competition will outpace them. To boost their businesses, farmers need to make long-term business decisions and invest in new equipment and technologies.

Rather than resist this inevitable change, farmers need to stay one step ahead. While the government should do more to support the digital farming revolution, farmers can help themselves by researching the various funding solutions available to them. Leasing can help farms afford the technology they need without putting pressure on their cash reserves or credit lines. Whatever the future looks like, it’s vital that British farms feature prominently. To ensure their position in the economy, they need to embrace the technologies and tools necessary to be efficient, productive and profitable. 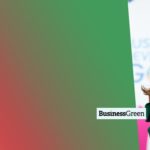 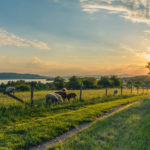