2016 was a successful year for the commercial vehicle sector, and innovations in commercial vehicle technology played an important part in this success. The level of innovation in this market has been high for some time: as fleet management, automation, and safety become more sophisticated, the need for further improvements and efficiency gains will become more pronounced.

The number of commercial vehicle technology innovations expected for 2017 and beyond bear this out. Here are a few of the most exciting:

Netradyne, a technology company based in San Diego, has designed an AI system that can identify cars, pedestrians, and other critical environmental factors such as traffic lights using 360º video footage. Mounted behind the rear view mirror, it notices potentially hazardous actions such as speeding and tailgating, notifying drivers and fleet managers of any relevant incidents in almost real-time.

The central idea is to boost driver and pedestrian safety, but it can also be used to gauge performance. Employed as a cloud-based system, Netradyne’s tool can analyse up to five days of driver footage, ranking drivers using a credit-score style system. It will therefore make it much easier to identify areas of underperformance and work on making the necessary improvements.

While petrol and diesel-fuelled commercial vehicles remain dominant, companies are working to incorporate alternative sources of energy into their fleets. However although electric vans and trucks are a potential gamechanger for the industry, there remains the question of how to charge them quickly and cost-effectively.

Enter Zapinamo, a charging technology company, which has secured £2.2 million of government funding to develop mobile, rapid charging technology for electric commercial vehicles. The trials will be supported by IVECO, Farmdrop and WMG at the University of Warwick. Using on and off grid sources, it’s able to deliver 400k/w to charge a vehicle in minutes. Though it’s not yet market ready, it has huge potential, and promises to make electric commercial vehicles financially viable as well as environmentally-friendly.

You can’t mention commercial vehicle technology without mentioning the self-driving vehicle. Among other developments in this sector, tech company Nvidia and automotive supplier ZF have collaborated to launch a new self-driving commercial vehicle system – one which confers a degree of autonomy on machines involved in agriculture and factory work.

Carbon emissions are a significant issue for anyone involved in the commercial vehicle sector, and technology will go some way towards alleviating – or eliminating – the issue. The Department for Transport, Innovate UK, Haydale Composite Solutions and Arcola energy are working on doing exactly that: they’re partnering on the creation of a zero-emission drivetrain that will be incorporated into a 3.5 ton van. Powered by hydrogen fuel cells, the vehicle will have a range of 200 miles per day and will be fully usable in urban environments.

Of course, these are only a few of the many innovations coming to the sector in 2017 and beyond. Whatever the future holds for commercial vehicle technology, it’s likely to be bright.

Did you know OptiVan Lease can help your customers afford the right commercial vehicle for their business? With a low upfront cost and manageable monthly payments, you can help overcome your customers budget restrictions. Contact our experts today to find out more about our competitive finance solutions. 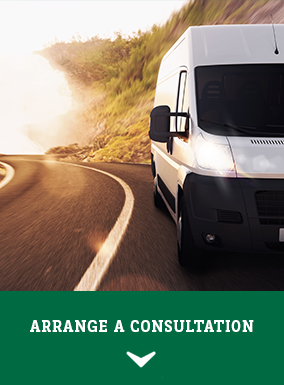