The Finance world is full of acronyms and complex phrases. To those of us working within the leasing industry, these terms are a normality, however, to new partners and customers there are many unfamiliar terms to get to grips with. We’re passionate about sharing our leasing knowledge to ensure that your sales team have the confidence they need to deliver equipment finance to your customers.

We want to help demystify as many of these phrases as possible. So, we’ve put together a glossary of a few commonly used leasing terms to help our partners tackle any questions they may have about leasing agreements. We hope you find it helpful.

Add-Ons – Equipment and software added to an original installation. This can be supplied via a new leasing agreement or modifications to an existing Master Lease Agreement (schedules).

Annual Service fee – A fee charged on the anniversary of the lease start date by a lessor for lease administration.

Annuity – A facility which allows a funder to pay ‘up front’ for a managed service contract, whilst allowing the user to pay the funder in instalments over the term of the contract. This is particularly useful where a managed service provider offers a sizeable discount for full contract payment at the outset, but, on the basis of cash flow, such an arrangement is not attractive to the user.

Assignment Of Receivables – A facility by which a managed service provider assigns payments due under their contract to a funder in return for receiving an ‘up front’ payment for most of the amount due within the contract. Such an agreement can be ‘disclosed’ where payments are collected by the funder or ‘non disclosed’ where payments are collected by the service provider who then makes payments to the funder.

Co-terminus – When equipment has been added to a lease and the additional rentals have been calculated so that any subsequent agreement ends at the same time as the original contract.

Contract Hire Agreement – A lease which allows additional services such as maintenance to be included within a leasing agreement.

Credit Agreement – A leasing agreement under which the lessee is able to take title to the asset being financed once all payments due under the agreement have been made. (Hire Purchase).

Document Fee – A fee collected at the start of a leasing agreement by a finance company, to cover set-up costs.

Early Termination Fee –  If the lessee wants to exit from a lease before the end of its primary (i.e. non-cancellable) term, the lessor may agree a termination sum based on the remaining unpaid rentals.

Equipment Schedule –  A document referenced in the lease agreement that describes in detail the assets being leased.

Funder – The leasing company, otherwise known as the ‘lessor’.

Hire Agreement – A leasing agreement under which the lessee is not able to take title to the asset being financed (Finance Lease, Operating Lease, Contract Hire).

Lease – A finance agreement which allows a lessee to use an asset for a fixed period of time in return for periodic payments. Ownership of the asset lies with the lessor during the period of hire.

Lessee – The hirer of equipment subject to a leasing agreement.

Managed Service Agreement – A finance agreement which allows a comprehensive range of equipment, software, services and maintenance supplied under contract to be included within a regular payment schedule. Undelivered services cannot normally be included within a standard leasing agreement and as such a loan or an ‘Assignment of Receivables’ are the vehicles by which funding can be provided.

Master Lease agreement – A lease agreement that contains all the main provisions governing leasing between two parties. It doesn’t refer to specific assets or financial terms, which are captured in separate lease contracts (schedules) that are subject to the terms in the master lease agreement.

Milestone Payments – A facility, under a leasing agreement, which allows suppliers to be paid for services and equipment during the implementation phase of an ERP or CRM project and ahead of full rental payments for the project being made by the lessee.

Operating Lease – A hire agreement that also meets certain criteria established by the relevant accounting rule-making body (UKGAAP, IFRS). Under certain accountancy rules such a lease need not be shown on the balance sheet of the lessee. To qualify as an operating lease the lessor usually has taken a significant residual position in the lease pricing and so must salvage the equipment for a certain value at the end of the lease term to earn its rate of return.

Put Option Price – The price the supplier of equipment might be offered by the finance company to re-purchase the equipment upon termination of the agreement.

Residual Value – A sum of money expected to be raised by the sale of an asset upon expiry of a leasing agreement. Recovery of a residual value by a lessor is normally an essential requirement for operating leases.

Schedules – Documentation that allows equipment to be supplied under the terms of a Master Lease Agreement. This facility is particularly useful where there is a need for repeated ‘add ons’ to equipment originally supplied.

Upgrade – Normally defined as the method by which equipment can be replaced before a leasing agreement expires. This arrangement is facilitated by allowing any sum required to settle the original agreement to be re-financed within the new agreement for replacement equipment. 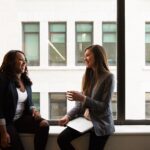 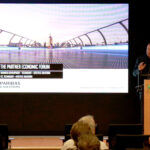 Finance solutions
See all the news