Home » Media centre » Interest rates have gone up, what does that mean for leasing?
7 August 2018 - Blog

Interest rates have gone up, what does that mean for leasing?

Given the obvious relationship between leasing and interest rates, questions are likely to be raised around the effect of a rise in Bank Base Rate on leasing costs. 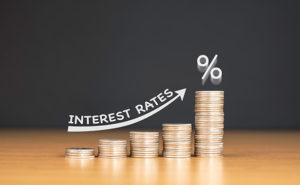 So will there be an immediate impact on the price of leasing capital equipment?

To help answer the question we need to go back to the environment which prevailed prior to 2009 when Bank Base Rate was subject to fairly regular fluctuation. Those of us with long enough memories will note that leasing rates tended to change only after a sustained period of base rate changes in one direction and often there was no identifiable relationship between lease rates and short-term fluctuations in Bank Base Rate. There are several reasons why this is the case, not least of which is that the cost of money is not the only factor influencing the cost of leasing. For example, a change in regulatory costs or bad debt provision might cause a leasing company to change their pricing structure irrespective of changes in the cost of funds.

That is not to say that interest rates do not play a significant part in determining the cost of leasing, but a key factor to consider is that Bank Base Rate sets the short-term interest rate between commercial banks and the Bank of England, and changes only have an immediate effect on variable interest credit facilities such as the cost of a bank overdraft or a variable rate mortgage. Finance companies offering loans, mortgages or leases that apply a fixed interest cost can’t simply adjust the interest rates they charge their customers to reflect the many changes in Bank Base Rate that apply during such agreements. If they were to set their cost of funds purely on the basis of the Bank Base Rate that applied when a lease or loan was agreed, they would be exposing themselves to significant risk. To offset this risk, the interest rates negotiated by finance companies when they set their cost of funds (and on which they price the cost to their customers) are based, in large part, on the anticipated average Bank Base Rate that will apply during the period of any such agreement.

In conclusion, the recent announcement of an interest rate rise by the Bank of England will not cause a ‘knee-jerk’ escalation in the cost of leasing. However, ‘The Bank’ did confirm an intention to raise interest rates over the next few years to levels a little closer to those that applied before 2009. If the markets believe they will achieve that objective there will be a gradual increase in the cost of funds paid by leasing companies with an inevitable rise in the cost of leasing capital equipment.

For the moment interest rates remain at historically low levels and as such there really is no better time for businesses to bring forward capital investment decisions and take out three, four or five year leasing agreements that will be fixed at today’s prices.