Selling in the post-Covid world – from pandemic to a new normal?

Whilst the arrival of ‘Freedom Day’ passed with more confusion than celebration, it is more likely than not that we are on a path towards a business environment that will be more like 2019 than 2020. That’s not to say the path will be clear, or that some aspects of life under lockdown will be retained into the longer term.

There will be both new opportunities and new challenges for those of us involved in selling capital equipment. The British Chambers of Commerce released an economic forecast last month, which indicated strong growth in both gross domestic product (GDP) and business investment from the second half of 2021 throughout 2022. Whilst much of this expected increase in economic activity can be attributed to simply making up the ground lost between March 2020 and July 2021, other factors are worthy of consideration when it comes to ‘business to business’ sales.

Therefore, the expectation is that businesses will be looking to rapidly increase expenditure on capital equipment over the next few years; and the Finance and Leasing Association are already reporting record ‘year on year’ increases in the use of asset finance. In the longer term too, we might see growth in business investment replicating what was achieved in the early 2000’s (5% + per annum), rather than the lack of ‘year on year’ growth experienced between 2015 and 2019. It was widely believed that the pre-pandemic stagnation in business investment was triggered by ‘Brexit uncertainty’ and for better or worse, much of that uncertainty has been removed. A second reason for being more optimistic about longer-term investment is that the supply of relatively cheap labour that discouraged many businesses from investing in new labour-saving technology might be reducing. As we emerge from lockdown, workers in many sectors are in short supply and there is evidence that wages are now starting to increase at a much faster rate than has been the case over recent years. If this trend continues there will come a point when investment in new technology will become an economic necessity.

Whilst we can expect a reasonably helpful sales environment over the next couple of years, some challenges are already emerging and more will follow.

Leasing and asset finance offers the funding necessary to meet the expected increase in the short-term demand for capital equipment, and at a time when stock unavailability is of concern, the quick access to funds is of particular importance. BNP Paribas Leasing Solutions have extended some of their credit lines to further increase the speed at which deals can be concluded.

From the perspective of a business acquiring capital equipment at a time when prices are rising and interest rates might follow, an asset finance agreement can be set-up on terms that apply today with no increase in future payments. Additionally, for any operating or finance lease extending beyond April 2023, tax relief on the rental payments could be at the increased rate of 25%, which will have the effect of reducing the ‘real cost’ of the agreement from that time. It is also worth noting, that the Super-Deduction Allowance is available on hire purchase agreements for qualifying expenditure throughout 2021 and 2022.Those agreements might also benefit from having the interest element attracting tax relief at 25% from April 2023. 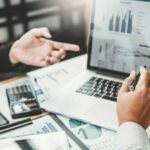 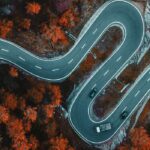