The Budget 2018 – what it means for business

Philip Hammond presented his budget on 29 October 2018 against a backdrop of relatively slow economic growth but with something of a windfall in terms of unexpectedly high tax receipts during the past twelve months. A significant spending commitment had already been pledged to the NHS and Theresa May had promised an end to ‘austerity.’ The risk of a back bench rebellion ruled out any measure that would have entailed a higher tax bill for significant numbers of people and Brexit remains an issue of considerable uncertainty.

The result was a budget that put more money into the economy through increased tax allowances and extra spending for certain government departments and projects, largely funded through a relaxation of government borrowing targets.

Extra cash pumped into the economy should be good news in the short term with the main question being the degree to which the measures announced may or may not increase the general level of consumer and business confidence and the extent to which they offset concerns about Brexit.

Mr Hammond’s speech identified the recent slowing in the rate of productivity growth as the major factor inhibiting a return to pre-2008 levels of economic growth.  Much of the extra pledged spending was aimed at helping to generate investment necessary for higher levels of productivity.

The Annual Investment Allowance (AIA) is the amount of capital equipment a business can buy (soon to be £1,000,000) and be able claim all related tax benefits in the year the assets were purchased. It should be said that this is not a new tax give-away, it simply accelerates a tax benefit that would normally be available over the period of time the asset is used in the business.

So what difference will it make? Firstly to benefit from £1,000,000 of potential tax relief a business must be making a pre-tax profit of at least £1,000,000, so many SMEs will not be able to take the full benefit of the extra allowance. For larger businesses that are looking to reduce their short-term tax liability, the new allowance should stimulate investment.  It is worth repeating that the allowances apply both to equipment purchased outright and equipment subject to hire purchase agreements, the latter giving businesses immediate tax relief whilst spreading the cost of acquisition.

The cornerstone of the government plan to support productivity and boost growth is the National Productivity Investment Fund (NPIF) established in 2016 to provide additional capital investment in areas critical to productivity. The Budget confirmed that the NPIF will be extended to 2023-2024 with significant year on year growth in funding.

This is designed to boost investment in all parts of the economy and the construction sector should see some immediate benefits.

Larger sums of money will be made available to provide affordable housing and for funding the redevelopment of town centres. But perhaps the most striking commitment was the large injection of cash promised to upgrade our road network. A fund which will reach £28.8 billion between 2020 and 2025 will be used for new major road networks and large local major road schemes. Examples given include an Oxford-Cambridge Expressway, Lower Thames Crossing and a North Devon Link Road.

Money will be set aside to meet the goal of a nationwide full fibre network by 2033.

The Budget allocated an additional £1.6 billion to fund research and development in new technologies. This is seen as an essential step to ensure that the full benefit of developments such as artificial intelligence and electric motor technology are made available to UK businesses.

There is no doubt that at some point in the near future UK companies will need to accelerate their level of business investment to get the productivity gains essential to their future survival and this Budget has taken some initiatives to facilitate such action over coming years.

So far as the immediate future is concerned, the increase in the Annual Investment Allowance will be welcomed across the business community and the large sums of money allocated to direct investment in house building and road schemes should have an early positive effect on economic activity within the construction sector and associated businesses. 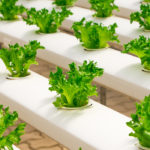 The challenges and opportunities within the food packaging industry 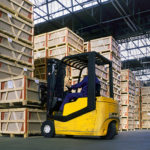 Pound down, prices up – businesses should act now for productivity gains